The Machine That Rules Me 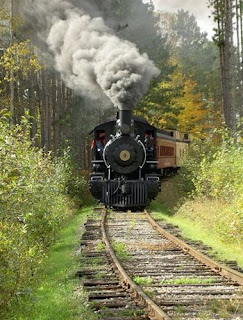 Today while i was traveling in the local train, i got a brainwave and a topic to write for my blog. At 6.10 pm I got into the first class compartment with my digital music player (Samsung P2) on my ear listening to the shuffle on my play list. I usually dont speak much in the local or actually i don’t actually speak at all.

So i usually keep the player volume up to shut out the small talk of fellow passengers. I started reading the latest edition of India Today and came across an article where the author of a small portion was talking about how much we are influenced by our gadgets like cell phones, Ipod's Etc. The writer spoke about how we get a real panic attack sort of thing if we are separated by our cell phone for instance, or cant google for one day ( no internet access). It said that 60% of us suffer from such machine addiction, and it made the writer wonder if this was actually the start of man and machine war, where machine may actually enslave us? I actually scoffed at the idea but just then I heard a deep voice in the local somewhere unplugging one ear I heard that one old guy or maybe 2 were singing songs on the top of their voice. It first occurred to me that maybe they are beggars. But then after a long time i saw two elderly men sitting in front of me moving their heads and bobbing their necks to their original vocal tunes. Though I had my headphone volume cranked up I was observing just their faces of happiness. One of the elderly guys was singing with so much fervor and the other quite one appeared to be complimenting him. I realized they weren’t beggars after all, but were just enjoying a Saturday monsoon evening with the train journey giving the perfect effect, with the moistened, sprinkly wind from the window blowing their half martyred grey hair. Also the view outside the train is always much better, It is all green fields and water bodies. I looked out still listening to some half baked song from some old movie, and i realized that it was many a days that i have actually admired what i look outside this window almost everyday.

I stopped the crappy song and then heard for the second time free voices of the two 'uncles'. The second one had removed a book and was almost childlike in his enthusiasm. They seemed to have no care in this world of who is getting irritated by their song, or worse how many people like me actually thought them to be beggars. Sadly local trains and singing doesn’t leave behind begging from the picture. From the corner of my eye, I saw the comaradie they both shared. I suspected that the second guy who was complimenting the enthusiastic friend was only singing and reading out because he wanted his friend to enjoy the singing and also so that he doesn’t feel embarrassed. I really smiled when i looked at this picture of friendship, comaradie, independence and carefree enjoyment. 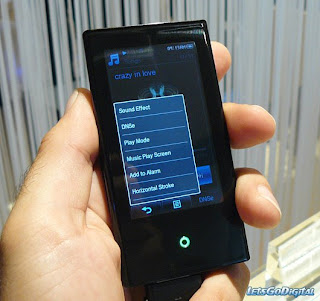 e this since i have been back in Pune for nearly a month now. I looked at my black, smooth, ' Slim and Sexy' ( thats the marketing tagline of my Samsung P2 player) and touch screen music and video belting player whom i loved to much. How I wish it would be a friend? Instead of the mistress it was transformed into my life. Blocking out the world and giving me respite by music and videos on the slightest intuitive touch.

I think I will write a poem for my P2

When I hear you singing softly into my ears,
I wish I could feel a little more loud and clear.
This wish was your command to be nice.
Me stroking your screen for the volume to rise.

You do what I say you to, You keep me entertained.
But barring the earphone cord, our relationship never strained.

But I wish you would just talk to me back
You just read an e-book, like me a paperback.
Your TTS is cool and helpful, but I want you to talk,
Like a friend beside me, you could just walk.


If I hurt you will you break, into some few pieces in the drain?
I wish you could forgive me, say sorry and sing again.

For a friend will not just make me happy,
And will give his smile and advice too.
All you give to me is a number loud and snappy.
It blocks out the worries with no solutions to.

You follow my every touch to fulfill my command.
I wish you could have squeezed back my hand.
I love you still my P2, Don’t get me wrong.
I just wish you were more than just my favorite song.
Posted by adhishg at 12:20 PM

hello Adhish..really loved ur post..could relate to it...and yes the poem for ur P2 is the cutest i really loved it... really loved this post of yours :) keep it up :)

The reason I don't post comments on your blog is cause I am not really fond of potteries. I just lack the talent of appreciating their beauty.Unlucky me... But your last article was really impressive... Its true and really sad that we are actually becoming slaves of these electronic gadgets... And the current lifestyle and working style encourages it... Well I guess my comment will turn into another article.. ;) ... I'll probably start my own blog to pin down my views.. Till then keep up the good work :) ...

dude dis ones really cool....i could make out how badly u miss "things" after gettin back frm ur wonderful deputaion.instead of missin dem fr rest of ur life hav it if can...overall..its was an awesome description of d whole things nd quite well related..keep comin wid these kinda creative writing....

Hiii adi..u thhink very beautiful...the depth in ur imagination made me feel tht i was there in the train as a matter of fact i hv never been in a train thanks to u....keep up this good work going

Beautifully expressed..we can so well relate ourselves to it..

but Adi now we need a change..write something which can put a smile across evryones face[so start practicing 123 cheez]..waiting for your next scintillating post